When a coup is not a coup.

When a coup is not a coup. 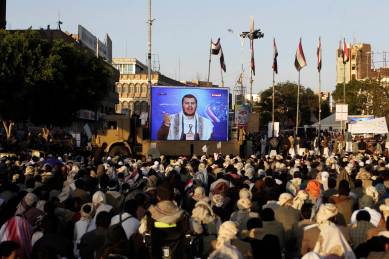 Reading the news, at times I find it hard not to wonder how the hell the US State Department gets away with such flagrant hypocrisy. Over the weekend, Yemen’s Houthi rebels seized the presidential palace after fierce shelling, successfully overtaking the presidential palace of Yemen. They didn’t overthrow a democratically-elected progressive government; they interrupted the rule of notoriously corrupt and brutal despot President Abdrabbuh Mansour Hadi. Now, the US State Department was clear that this was a coup, in the sense that it’s not legitimate, but not so much of a coup that they would force Congress to stop “aid” (AKA arms) to Yemen. The State Department has very clear guidelines on which kind of violent coups are acceptable and which are not, based on the simple question, “Is this good for US interests?” Yet these Shia rebels, despised by Saudi Arabia, will never get the US stamp of approval required to do business in the world. They are not, for now, in the US’s best interests. 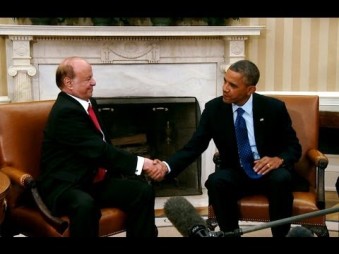 US doing what it does best. Obama with Yemen president Abdrabbuh Mansour Hadi

Countries like Yemen are US investments. Since 2009 the US has given a staggering 1.4 billion dollars in aid (bombs) for the Yemenese government to enforce its decree. Seeing the Houthi rebels do what they just did, you have to wonder what good all those bombs did. There is another 220 million dollars ear-marked to be “invested” this year that they seem desperate to make sure gets there. Spending it on, say, US infrastructure or US schools? Well, what a waste. “Why build infrastructure when you can blow it up?” reads the State Department’s bumper sticker. Like so many throughout the world, the Yemenese government is prompted up, funded and armed as a US proxy government in the region. When pesky things like democracy or militant rebels who are not “one of our guys” interfere, the wheels start turning and the White House works out how to bring it back to being squarely aligned with the emperor’s interests. As far as they were concerned, President Abdrabbuh Mansour Hadi was still “their guy,” and will remain “their guy” until a suitable replacement is interviewed and approved for the job. 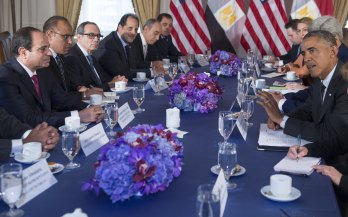 Back to business as usual. Obama with “not a coup” criminal despot Abdel Fattah el-SiSi, Egypt’s new illegal anti-democratic leader.

All of this works from a predictable playbook that adapts from country to country, but its principle outcomes are always the same: the Mob boss always get what he wants, like when the democratically-elected government in Egypt of Mori was overthrown in an anti-democratic and violent manner. For the US, it wasn’t time to judge harshly, but rather time to roll out the red carpet. One of “our guys” just strolled into town, and what looks like a coup, seems to be a coup, and is defined as a coup, is not actually a coup unless the State Department says so. This was a “transition of government,” which is welcomed as a positive for the region. Like in Yemen, not calling it a “coup” enables the US to keep funding Egypt’s new dictatorship with the military “aid” (which, I assume, is an acronym for Assisting In Death) it so loves to dole out, cementing their stranglehold over the population even further. It’s a Win/Win for everyone, excluding 99% of the population. 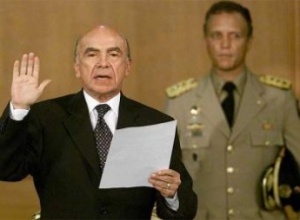 We saw the same barefaced hypocrisy with the US-backed coup in Venezuela. Despite an overthrow of the democratically-elected government, the US was almost gleeful in legitimising the new illegitimate government. Luckily for Venezuelans, the power of their wishes prevailed, and the coup was short-lived. Yet, sadly, for most places that have “one of our guys,” that doesn’t happen, and with the US’s blessing they suffer under harsh, violent and repressive regimes. 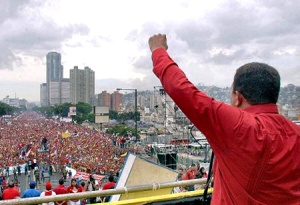 Venezuelan public had other ideas.

The media, of course, just reaffirms its position as the megaphone of government hypocritical policy by reporting on these events in line with the appropriate language to ensure the public view is consistent with the State Department’s way of seeing things. A shining example of this in action was when, after the failed coup in Venezuela in 2002, the New York Times, which is supposedly the voice of the US liberal establishment, jubilantly endorsed the coup. The Times’s editorial stated, “Venezuelan democracy is no longer threatened by a would-be dictator,” and applauded the military for such noble actions, as they had “intervened and handed power to a respected business leader.” After the coup failed, in pensive reflection the Times did admit it neglected to see the “undemocratic manner” in which this happened. This is extremely disingenuous, knowing these are professional journalists that have a basic knowledge of how things get done. When you examine the Times’s sentence, it’s Orwellian in its doublespeak. In it, they claim Venezuela had their democracy “threatened” by a democratically-elected president, only to be salvaged by an undemocratically-elected military elite. Really? When and how did violently and illegally ousting a country’s democratically-elected government, taking power away from the “people’s choice,” and handing it to the Army’s preferred business leader,not constitute a threat to democracy?

So we see that the majority of the mainstream media, and in particular the supposed progressive voices, such as the Guardian, are very much enablers of these anti-democratic interventions. Somewhere along the line, these journalists must make a choice between truth and comfort or insignificance and status, and evidently they choose the later. Who am I to judge, on one level, but it’s hard not to see these kinds of blatant double standards applauded and legitimised, and not wonder how they sleep at night. How do they worm a justification for all this? Or most disturbingly, maybe they just don’t even give a shit either way. 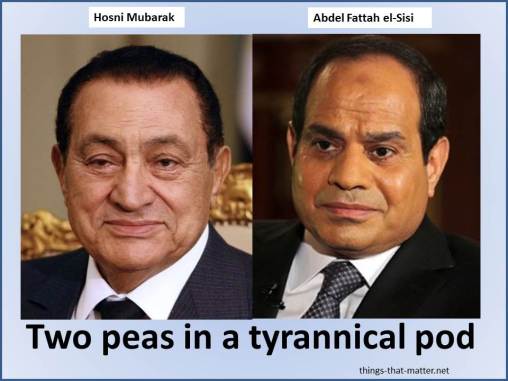