Is joining ISIS any worse than joining the UK or US armed forces?

Is joining ISIS any worse than joining the UK or US armed forces?

For this week’s editorial in The Guardian, the UK’s bastion of progressive-lite, we see them lamenting over what’s required to stop UK citizens from joining ISIS. This is following the tragic news that a British citizen had become a suicide bomber in Iraq.

Then, just as you think we have run out of things to be “at war” with, The Guardian is telling us there is a “war” over young people’s imaginations and it’s time we started to win this war, as if some better kind of battle strategy to capture minds will somehow make all the difference. Ironically, this very perspective points to The Guardian’s complete lack of imagination regarding how we understand and view what’s going on.

Amira Abase, a 15-year-old British schoolgirl believed to have joined Isis in Syria

As to how he was drawn into this extremist violent sect, various possible explanations here and there are bandied about. The Guardian, of course, was quick to point out that none of this is related to the bloodbath and violent repression the West has created and supported over the last 20 years throughout the Middle East, criminal acts The Guardian itself supported.“You cannot casually blame western foreign policy”  it states and in a seven word sentence the gigantic cluster-fuck we brought about in the region is conveniently and causally dismissed.The obvious, for The Guardian, appears to not be all that obvious. According to the article ISIS recruiters profile newcomers in ways similar to online paedophiles, grooming their victims into hypnotic jihad-fuelled states of mind. They prey on the disenfranchised and vulnerable as they lure needy and insecure Muslims who naively and blindly think what they are doing is part of some kind of greater cause. 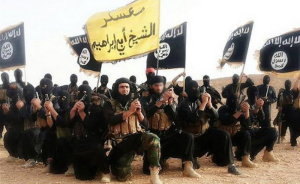 All the media is in chorus with different versions of The Guardian’s tone and angle, asking the pertinent and troubling question of, “Why do normal British born-and-bred Muslims do this, and what can we do to stop it?” Yet, what I find astounding is how no one dares makes the parallel to what, in the end, is the difference between someone joining the US or British armed forces, and joining ISIS? Even to hint at this equivalence would be seen as preposterous and absurd. A fanatical fundamentalist quasi-nation that beheads, mass rapes and brutalises anyone who stands in their way; how could our armed forces be considered anything close to the vicious enterprise that is ISIS? Yet, when you take away all of the jingoism, propaganda and blind nationalism and just look at a comparison of facts and figures regarding death and destruction, you could easily conclude that joining either the US or the UK armed forces would be just as a sinister and destructive choice for humanity than ISIS. 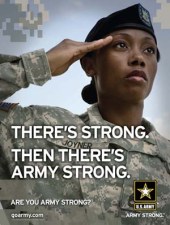 Just like ISIS, army recruiters prey upon their target audience and lure them with slick PR campaigns, hyped-up patriotism and pride. Yet just like ISIS, the reality on the ground is the armies of the UK and US are never involved in fighting for some humanitarian cause; rather, they are just the violent hatchet men of Western state and corporate interests. Just like ISIS, in the UK and the US hapless and ignorant youth are fooled into thinking they going are to be part of some greater good, when in reality they are just expendable pawns in a violent geopolitical chess game of power and control. 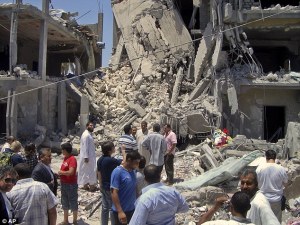 Pundits scratch their heads wondering, “How can someone be fooled into joining barbaric and brutal death cults such as ISIS?” Yet corpse for corpse, murder for murder, terror campaign for terror campaign, our military has wreaked far more pointless death and destruction upon the world. Even worse than ISIS, in being part of Western military regimes you are given false legitimacy as you go about conducting socially sanctioned murder. So when it comes down to a choice of ISIS or the US or UK military, it’s solely a question of whose lies do you buy and suspend all critical thinking to go along with? Both ISIS and our militaries can only attract people who are willing to suspend their individuality and moral compasses so they can comply obediently to the commands of those above. Why have thousands of men and women joined the US and UK armed forces, when it is clear and evident they are enforcers of such violent and rapacious crimes?  The 1.3 million people killed – mostly civilians – in 12 years in Iraq, Afghanistan and Pakistan, constitutes the 21st century’s biggest war crime. This has been committed not by fundamentalist Muslim jihadists, but by the men and women of our nations on the behest of our corrupt and criminal leaders. Instead of trying to work out why our youth are joining ISIS, let’s look at why they join the even more colossal killing machine that our armed forces have now become.

I know comparing UK and US soldiers to ISIS jihadists may be perceived as deeply offensive and complete heresy, but examining just the facts alone of what each of these armies have done shows that it’s a legitimate comparison.The US alone has bombed over 30 countries post world war two and never once has their security or sovereignty been under threat. The “Department of Attack” or the “Attack Budget” would just be too honest. Just as ISIS should be measured on what they do, not on the religious rhetoric and hubris they espouse, the same measure should apply to our own armies, as this measure, not noble intentions, reveals the horrific and disturbing legacy of death and destruction our militaries have left behind.

6 thoughts on “Is joining ISIS any worse than joining the UK or US armed forces?”