The brutal murders of 65 women in Australia this year is due as much to our violent cultural and its lack of care as to the individuals responsible.

In Australia there has been a recent focus on domestic violence after yet another woman, Tara Brown, was murdered after she was allegedly rammed off the road and severely bashed by her former partner. Making her death even more tragic, she had reached out to police in fear for her life a week earlier, but was turned away. She knew what was coming, asked for help and was utterly failed by both the system and society at large. She is by no means the first women to be abandoned to face alone her impending execution. 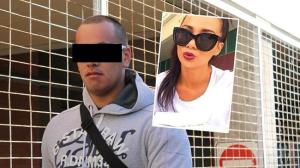 Tara Brown, murdered by her ex.

In a series of papers released this year by the World Health Organization and others, experts estimated nearly 40% of women killed worldwide were slain by an intimate partner and that being assaulted by a partner was the most common kind of violence experienced by women.“Violence against women is a global health problem of epidemic proportions,” WHO Director-General Dr. Margaret Chan said in a statement. WHO defined physical violence as being slapped, pushed, punched, choked or being attacked with a weapon. Sexual violence was defined as being physically forced to have sex, having sex because you were afraid of what your partner might do, and being compelled to do something sexual that was humiliating or degrading.

It is easy and there is some validity in blaming the current government. We have 24 billion dollars to afford twelve F-35 dud fighter jets, but we don’t have the resources to support our own citizens in need of protection? It is a hypocritical no-brainer. Labour has been just as bad when it comes to these issues. I have no doubt if 65 Australian citizens had been beheaded, two per week since the start of the year, across Australia by some kind of ISIS cell, that situation would soon have hundreds of millions of dollars and government resources poured into stopping it. Or say 65 male MPs of the LNP party had been bumped off one by one, what kind of single-minded campaign would we see employed to stop the killing? Yet women battered, bashed, stabbed, shot or clubbed to death by their exes just get lip service and speeches on the podium, of course, all after the events.

Government blame aside, we also need to look at our own sense of responsibility. The issue of violence against women, sexual or physical, is an issue we all need to take responsibility for. It’s not an issue “out there” relegated to the fringes of a dysfunctional society. It’s an issue right here in the heart of our culture, in society and the way we all relate. The shocking stats in Australia show 1 in 3 women at some point suffer some form of violence, and 1 in 5 are sexually assaulted. One can then only assume 1 in 3 men inflict that violence and 1 in 5 men are the perpetrators of these sexual assaults. Theoretically, throughout Australia in any football changing room of 20 or so guys, there are 7 or 8 who will hit a woman or already have, and 3 or 4 who will or already have sexually assaulted a women. This type of violence is a lot closer than we may think.

If we go beyond individual cases, we need to look at what kind of society creates this kind of violence against women. What are the societal structures and forces that allow, encourage and enable men to feel some level of entitlement when it comes to using their physical strength to inflict harm on women?

The reason it has been allowed to get this bad in Australia is that dealing with it isn’t a big enough priority. Surely, if we can eradicate polio and put a man on the moon, this shouldn’t be so difficult? Yet it is and will continue to be as long as governments and industries don’t want to look at the reasons why it’s happening to begin with: the factors which support this kind of violence, be they poverty and community breakdown, the ongoing objectification of women in the media, or our culture that encourages pairing violence and control with false masculinity. We wage wars and bomb innocent people abroad, and we destroy our land and environment to the point of destroying ourselves. We are all caught in an economic system that is rapacious, heartless and sociopathic. We have understanding of ownership and possession that carries itself over in how men relate to women. None of this can be separated from the violence we then see on our own doorsteps. These are all parts of the cause, not benign variables. Violence underpins all of society, with the state seeing it has a monopoly on who and why. Then we scratch our heads and wonder how it happens. 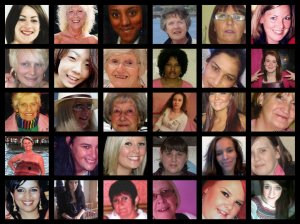 Our culture is creating the victims and villains, and we need to ask why and how. The answer to those questions are not simple and straightforward, but until they are addressed we will just see more of the same. These women’s lives have value and worth, and the level of violence is just intolerable and inexcusable. These men are terrorists, terrorising the female population throughout the country, instilling fear, suffering and death as they go about it. We all need to make a commitment not just to stopping it, but also to understanding it, as before we can stop it, we need to see what “it” is. The violence is the symptom or expression of something else. When we deal with that something else, the symptoms or expressions will diminish naturally. Zero tolerance is useless if it is accompanied by zero understanding and insight.

Let’s not forget every one of those 65 women is someone’s daughter, someone’s sister, and as in Tara Brown’s case, someone’s mother. If we wouldn’t ever let that happen to our daughters, why should we allow it to happen to anyone else’s? We are all connected, we are all one society and we all owe it to each other to ensure women’s safety in their homes, workplaces and in public. If we fail them, we fail everyone and we fail ourselves.

Worth the read “Why count women murdered by men?”

3 thoughts on “The brutal murders of 65 women in Australia this year is due as much to our violent cultural and its lack of care as to the individuals responsible.”