How Michelle Obama’s damming critique of Trump leaves out Hillary Clinton and her husband’s lovefest of far more reprehensible heads of state. 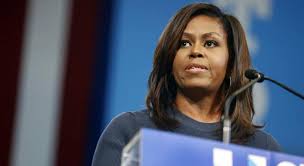 A week ago on the campaign trail of Hillary Clinton, the first Lady Michelle Obama, gave a stirring and damning speech on Donald Trump’s sexual predatory and criminal behaviour. In of itself, it’s hard to disagree or find fault with what she had to say. Trump’s bragging of abusing his position of power and influence to grope, assault and force himself on women is both contemptible and disturbing. The fact that it is not surprising does take way from the fact that that this not the type of behaviour one would expect from any leader, let alone a US presidential candidate.

The Democrats must be internally jumping with joy at how Trump becomes such easy pickings. Being the narcissistic egomaniac he is, all that seems to be required is  to just let Trump keep speaking and he may just hand the election to Hillary Clinton. Yet Michelle Obama’s speech does have a wider context beyond just a critique of the vile and sleazy behaviour of the Republican candidate for presidency. That is, the actions of her husband President Obama over the last eight years and the actions of the candidate she is endorsing, Hillary Clinton.

She said in her speech that “a measure of any society is how they treat their women and girls” as well as “a leader should meet basic standards of human decency.” I agree with those statements, yet it appears they don’t apply when it comes to the political leaders through the world that both Obama and Hillary openly endorse, militarily arm and support. Michelle Obama’s concern for women having a head of state as despicable as Donald Trump only extends to the women and girls of the USA. 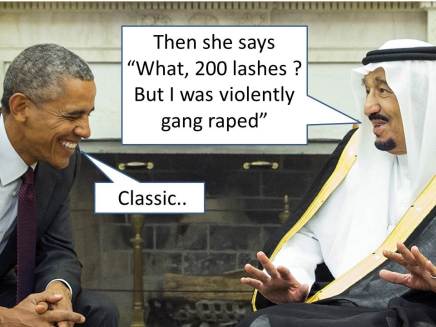 An obvious example of this is the US’s relations with Saudi Arabia.  If Trump’s bragging about his sexual assaults had “shaken me (Michelle Obama) to my core in way I couldn’t have predicted,” I wonder how knowing the late King Abdullah bin Abdulaziz of Saudi Arabia sanctioning 90 lashes for a woman who was gang raped impacted her core? Or the beheading of women for sorcery?  A head of state who President Obama said of after his death,“ I always valued King Abdullah’s perspective and appreciated our  genuine and warm friendship.  As a leader, he was always candid and had the courage of his convictions.” As in context, Trump’s actions and words pale into comparison with the barbarity, cruelty and heinous nature of the unquestioned crimes typical of despotic monarchs such as Saudi Arabia. And there is a further “basket of deplorables” and murderous regimes that garner the Obama administration’s and Hillary Clinton’s fawning support and approval.

Genuine activists who fight on behalf of oppressed women don’t delineate between who is deserving and who isn’t. It’s here we see that cynical politics are at work beneath the emotive hubris of her speech. It’s politically expedient to the goals of the party she support to damn Trump but it isn’t politically advantageous to the goal of the party she backs to damn the Monarchy of Saudi Arabia, or openly criticise Israel’s  brutal occupation of Palestine or the demand that Abdel Fattah el-Sisi restores democracy to Egypt.

Going after the Trump isn’t risky and controversial, quite the opposite. It increases her political capital. Her role in Hillary’s campaign has had the media swooning over her every word with sycophantic articles from the faux progressive Guardian titled,

“Michelle Obama has dragged this election out of the gutter” 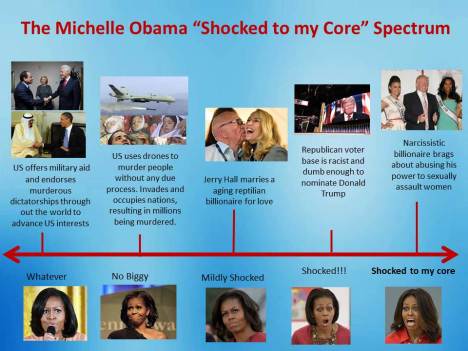 It takes no backbone or bravery to go after Trump; being an active surrogate of Hillary is her job.  Yet being critical of the Israeli government’s treatment of Palestinian women and children, who they routinely murder and degrade, would take guts and give weight and authenticity to her concern about how women and girls are treated. Yet we all know that’s not going to happen in the cynical politics of the “principles” being espoused and defended when it gains leverage and gets conveniently cast-off when it creates a potential political loss or negative blowback.

You could argue that it’s not Michelle Obama’s place to critique political leaders of nations around the world. Yet she opened this door by bringing of Trump’s character into question and what it means to women and girls. Here is some more of what she said:

“This is not politics as usual. This is disgraceful. It is intolerable. And it doesn’t matter what party you belong to – Democrat, Republican, independent – no woman deserves to be treated this way. None of us deserve this kind of abuse.

And I know it’s a campaign, but this isn’t about politics. It’s about basic human decency. It’s about right and wrong. And we simply cannot endure this, or expose our children to this – not for another minute, and let alone for four years. Now is the time for all of us to stand up and say enough is enough. This has got to stop right now.”

These bold declarations can’t just be ring-fenced within the parameters of this particular election cycle. It either matters or it doesn’t.  And she is right, it does matter. It matters as this isn’t a leadership election in Iceland or Malta. The US wields enormous influence throughout the world. For example, the billions dollars of military aid it provides to countries like Israel gives it power to demand conditions and requirements for the aid to be provided. Yet instead of using that influence to support and help the women and children of Gaza and the West Bank, it is used as tool to further its self-serving political and economic interests. What does it say about President Obama and Hillary Clinton’s “basic standard of human decency” when they are willing to openly support, fund and legitimise regimes like Saudi? When profit always supersedes principles? When acquisition of further control and power always displaces what’s morally right? I have no doubt there is a moral vacuum at the heart of Donald Trump , yet its yet dark anti-matter presence engulfs all  the US political establishment and the apparatus that them holds up, including Michelle Obama.

The brilliant historian Mark Curtis coined the term “unpeople”, which aptly describes the invisibility and non-existence of dialogue regarding the hardships and trauma silently endured by the women and girls Michelle Obama conveniently ignores in her speech. These are “unpeople” in the eyes of the Obamas, the Clintons and the Trumps. Though crimes our enemies commit are to be loudly attacked and abhorred, crimes our allies commit are unspoken, sanitised and seen as just to the cost of doing business, the price to pay for the empire. And sadly, with the complicity of the media and speeches from people such as Michelle Obama, these real persons and their suffering remain “unpeople” to the electorate of the United States.

In her speech she said Trump’s behaviour and remarks where not something we can ignore. Which is true, but it’s just a shame they are used as a means to ensure other issues, just as important, maybe even more so, remain disregarded and ignored.