Cameron’s response to questions being asked about the legality of bombing Syria.

I seriously at times can’t help but laugh when it comes to the breath-taking gall and arrogance displayed by our elected leaders. Today, David Cameron announced Britain will be employing a minimal Air Force operation to defeat Isil and Assad. He told MPs:

“We have to be part of the international alliance that says we need an approach in Syria which will mean we have a government that can look after its people. Assad has to go, Isil has to go.”

And there you have it: Assad has to go and Isil has to go. The headmaster is very, very cross, and this time you will be expelled. He continues…

“Some of that will require not just spending money, not just aid, not just diplomacy but it will on occasion require hard military force.”

Yet, unlike Isil, menacing Assad is going to be given a 6-month “we will hold out on killing you” pass. I assume this is his reprieve to get his affairs in order, to go around and fix Mum’s washing machine she has been nagging him for months about, to get all his gold bullion over to Switzerland, and whatever else it is a despot needs to do in the 6 months before his toppling. Defence Secretary Philip Hammond said:

“We are not saying Assad and all his cronies have to go on day one.”

Yes, what they are saying is they, in fact, have 182 days to get out of their own country, or at least move into a retirement home. The fact that Britain, the overlords of all Middle Earth, are graciously allowing him to remain for 6 months more in his own country speaks to their benevolence and generosity. We then get:

“The international community cannot, in my view, facilitate and oversee a set of elections in which somebody guilty of crimes on the scale that Assad has committed is able to run for office. That has to be clear. He cannot be part of Syria’s future.”

Which is so noble and ethical of Britain. With the exception of Egypt, all the Gulf states, or any despot we see as our ally, that rule should always apply.

Hammond outlined his 3 objectives he pencilled down on the toilet right before spoke to the press. Britain has 3 goals:

Ok, I made up the fourth, but it’s true nonetheless. Obviously, Britain’s best and the brightest have come up with these extraordinary and complicated trifecta of objectives. Of course, no Syrians or Iraqis need to be part of how these 3 goal are shaped. Let’s face it, it’s just pesky details, and they would be most helpful tending to their camels. It’s the kind of plan I can imagine D-grade celebrities on The Apprentice coming up with and being kicked off the show for as a result. Yet, Hammond modestly forgets to emphasise the winning advantage Britain has on its side to ensure these goal are met: Bombs. We have loads, I mean stacks of those bad boys, and the war industry has them overstocked and needs Britain, or whoever, to drop a few thousand or so. It’s win/win.

Davros could be an even bigger threat than Isil.

Then we get the weirdest and most absurd line about attacking the Isil “brain control.” Really? The brain control? Obviously inspired by Falling Skies, Ender’s Game and the Tom Cruise movie Oblivion, our military commanders have worked out that if we bomb the brain control, Isil will crumble and all of Syria will be ours!!! Sorry, I mean theirs. All of Syria will be theirs. Like a genetically mutated queen bee that controls the thoughts and actions of all her worker bees, with the queen bombed out of her evil but sweet honeycomb, the Isil fighters will just wander aimlessly, speculating who they are and what to do. They can then be rounded up and put to work at Tesco… for free. More win/win! Yet, maybe Britain has underestimated these tech-savvy jihadists, as right now as we speak, they may be uploading the brain control to the cloud. Even worse, they may sell it to Davros, and he will use “brain control” to build a new fleet of Jihadist Darleks. Things, ladies and gentlemen, just got seriously real. Honestly, who comes up with these terms? If a foreign army thought by bombing Britain’s parliament they would destroy our brain control, they would be sadly mistaken. 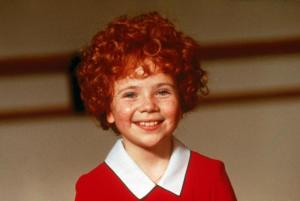 Profile of the type of real orphan Cameron wants to bring to the UK.

I am sure Hammond’s aides suggested when it came to talking about bombing and killing people, it’s nice to finish on a feel-good factor, so let’s talk orphans. Oliver, Annie, Batman, everyone loves an orphan story. Britain has pledged they will allow parent-less orphaned children to enter Britain. Well, not just any old orphan. Not the ones already in Europe. Sorry, guys; that tab’s on you. Also, we have to weed out the fake orphans. You know the ones. The scheming 4-year-olds who just pretend to have their parents murdered as a cunning ploy so they can get into the country and invite all their uncles and aunties over to mooch off our NHS. Those orphans are a no-go. These will be hand-picked orphans from the refugee camps of Jordan and Lebanon. These orphans will be photogenic, free of any diseases, with nice smiles, who will appreciate the white man’s burden in taking these cute scroungers under the Britons’ wings. The facts of how our bombs and our penchant for waging wars maybe directly or indirectly killed their parents is something they just have to get over. So, let’s not talk bombs. Let’s talk about non-fake Syrian orphans, created by our bombs. Lord, have mercy!