The Perils and Beauty of How Grief, Sorrow and Pain Can be Secretly Hidden in an Invisible Mountain of Stone

The process of grieving and loss is a strange and hard to define thing. Much has been written, and there are many experts on the topic. Yet each person, as they deal with each loss, ends up going through a totally unique experience. There are some losses that we manage to move forward from relatively easily. Others seem to remain there, like a dark wound that can be ignored, but never really healed. Time is a great remedy in many respects, but with grief it seems time can stand still. The loss and its accompanying dire sadness, ache and hurt remains frozen in a time continuum beyond the ticking of a clock and dates on calendar. Months and years pass by, and something you thought resolved feels as acutely “unresolved” as the day it first struck you down. Be it the loss of a child, a partner, a parent or friend. The degree of loss and pain are uniquely related to the attachment and thread of unresolved questions and connections with that person and the meaningfulness they held within one’s life. 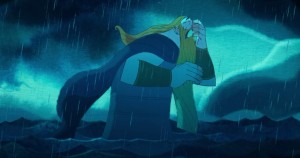 Avoiding the sadness of loss and wanting to move quickly through the “5 Stages of Grief” (denial, anger, bargaining, depression and acceptance) is an understandable thing and very human response. A beautiful, enchanting and really touching movie animation came out this year: “The Song of the Sea” is based on the Irish fables of the Selkies and really worth watching for both kids and adults. A magical menacing owl, is at first presented as the wicked antagonist. As the animation progresses, it turns out that the owl is a mother who, seeing her giant son grieving so immensely after a loss, turns him into stone with her magical powers. He becomes a mountain in order to bring an end to the otherwise unending grief she can’t bear to witness anymore.

Who hasn’t felt that dark sorrow of loss and wanted to turn into stone? To seal over that endless well of tears? Which of us doesn’t want be like stone, able to deflect and withstand the crashing waves of heartache that the death of someone we love that can bring down on us? Yet, we also know deep down that there is something deeply moving and human in our sadness. It’s a sign of our ability to love, the wound of that loss signals we were together. We did care, they mattered and we were deeply attached. Without the ability mourn and feel deep sadness, we are without the ability to love and connect. As humans, these feelings are impossible to separate.

Yet as critical as that grief is at times, the pain of that sorrow, if left unacknowledged or denied can becomes its own burden rather than a necessary expression of our humanity. It can feel like it has remained trapped inside our tender hearts, not by chance but by choice. We don’t want to let it go. We secretly hold it close. We are afraid that in the letting go of the sorrow, we are letting go of the love. The two seem intrinsically entwined in this fated thread. I feel very much this way with my brother Gavin, who died almost sixteen years ago. Sixteen years is a long time, and his death still gives me a truly heavy heart. Before the loss of my sibling, if someone had told me that sixteen years on, they still hadn’t got over a loved one’s death I would have callously thought to myself, “Christ, sort your shit out and move on buddy.” I don’t talk about Gavin much, as in some ways what is there to say that hasn’t been said. Some reasons why I hold on is his suicide and the reasons for it, are still interlocked in my own pain, trauma and past. We lost and loved so much together that it seems his death still hasn’t be able to take that away. I guess we shared a story I just never wanted to end. 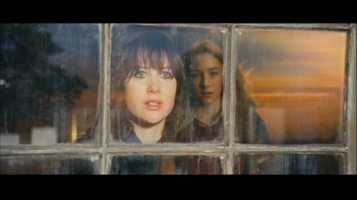 Susie Salmon, a character in the book  The Lovely Bones (both a book and a movie),  is murdered at age 14. The story explores the relationship between her experiences in the afterlife and the reverberations of her family’s pain here on earth in coming to grips with her loss. Like her father and various other characters in the story, I feel an inescapable relationship between where I am and where he maybe be. How and why I have no idea, but I feel it deeply in my heart. Can I let go of my sadness and sorrow and still honour my love for him? I think so, and I also think I need to for him, for me and to keep living. In the last couple years, certain key parts of our enmeshed karmic narrative and suffering have become more open, and are hopefully on the way to healing. I know this involves saying “goodbye my beloved brother.” From his coffin’s descent into the earth until this day, I have yet to mentally or verbally said “goodbye.” I hadn’t even thought about it until writing this. Why would why I? I never wanted to even think about it. I feel it’s taken sixteen years for good reasons, and I can see how everything has its time and place. Now is the time to utter an anguished goodbye. 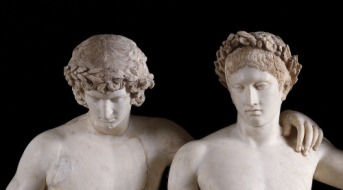 Like Castor and Pollux were twins born from a mortal mother, Leda and fathered by the God Zeus. Castor was mortal and Pollux immortal. When the mortal Castor died, his brother was so bereaved that he tried to live with him in the underworld. It doesn’t work for either. In this story, I see my brother as the immortal in the realm of the gods and I, the corporeal human trapped in the gravity of this temporal earthly coil. My wish for him to never leave me, to keep him trapped in a place he just isn’t meant to be. One day I may join him, but for today he is where he is and I am where I am. No one escapes this. It will be the fate of my children, my wife, each and every person I love, and everyone on this Earth.  One day I will be where ever my brother resides and they will remain within this mortal dominion and it just keeps moving like this for all eternity.

I know my story is not uncommon or unique. Grief will strike most of us hard. We never are prepared or expecting that phone call or conversation that hammers with the shocking and heart-breaking words, “he or she is dead.” We live in such an obscene culture that venerates the inane and the external. We are pushed to want things of no value, all for an experience of no importance. Our inner richness gets negated and neglected. Our pain subdued and numbed. Our grief scheduled and measured against a clock and calendar sometime called “compassionate leave.” To “feel” is truly to dissent. I honestly believe that only with real societal revolution can we expect to see a future when we really feel who we are and give ourselves permission to be vulnerable, courageous and loving humans. Society’s dysfunction and injustice remains intact as long we remain alien to who we are and how we feel. As we can feel sadness, feel sorrow, feel love, be present and live joyful lives in one whole story, I believe we must. I haven’t got there, but think it’s possible. I see it around me. I know it exists. Like the poet Rilke said “And the point is, to live everything. Live the questions now” 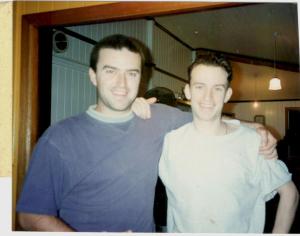 Myself and Gavin 1995, five years before his death.

Yet to move on, I need to free myself from the stone mountain that I hide deep within. To feel those waves of sorrow hurts beyond measure, but it tells me that I am alive. I’m human and empathically connected to all who feel the same. Today, I wish to set my brother free, however, my pain has bound him. I will set myself free while doing so. Will we meet again? Will I get to tell him how much I missed him and how much I love him? I desperately hope so, even though the where, when and how I have no idea about. I have to trust in my humanness and the magical and mysterious nature of the world we live in. Otherwise, the stone heart would just get harder, motionless it would miss the ebb and flow, and remain deaf to the songs of enchanted fairies my daughter echoes, I would be watching life, but never truly feeling it. Today, at least I am choosing to feel. To feel is to live, and like it or not I am alive. I breathe and live, and I can chose to live as stone or to live as a song. A song full of joy, sadness, rapture and connection. Today I choose the song.

One thought on “The Perils and Beauty of How Grief, Sorrow and Pain Can be Secretly Hidden in an Invisible Mountain of Stone”