You know humanity is f***ed when our only hope for survival is if ET returns to earth to save us all.

You know humanity is f***ed when our only hope for survival is if ET returns to earth to save us all.

This is how bad it has got. We humans have taken a pristine, beautiful and thriving planet, full of complex biological life and we have fucked it up, not only for ourselves but for thousands of other species as well.  It’s got to the point where we would need a literal miracle to save us from our imminent demise. We are on track no doubt for the extinction of all human life. There is debate regarding how soon, be it 10 years from now or 100 years (according to Stephen Hawking) but if everything keeps going the way it’s going, it’s “adios amigos” for sure. 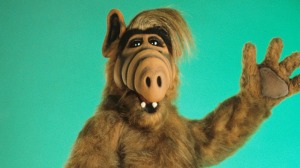 So an alien life form coming to earth is one such miraculous event that may save us. Cute and lovable ET needs to come back and this time when he phones, or snapchats home, he needs to ask for immediate back up. Although if he did return it’s more likely he would be served as the main dish in the finale of Master Chef! Yet any fictitious alien would work, be it ALF or those aliens from Cocoon that allowed old people have sex again. Other than Predator, Ridley Scott’s “Alien” and the Independence Day lot, pretty much any alternative life form could do a better job as stewards of the earth than we have done. I mean even giant mutant ant overlords could be an improvement.

I’m also open to inter-dimensional beings, angels or whoever is in the neighbourhood that possess even a modicum of advance intelligence for them to intervene. To appear through some 8th dimensional portal and give us a good telling off and put us rightfully in the naughty corner of the galaxy. Just to layout it honestly and let us humans understand how badly we have messed this up. Like a cosmic intervention of sort.  We have shit, pissed and defiled our sandpit in the solar system and killed each other for the right to do so. We have fundamentally missed the mark of what matters and what counts. Human stupidity is so banal that critiquing our political, economic and cultural landscape can be pretty much summed up as “WTF? How do these crazy assholes get away with this?” follow by “OMG !! Why do so many morons put up, endorse and allow them to do it?” 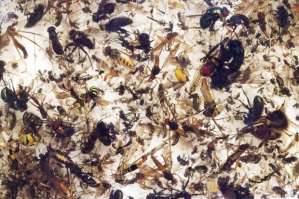 If you think I am exaggerating, I urge you to read report after report, study after study pointing out how utterly catastrophic and bat-shit bad things have become. A recent article with cheerful headline of  Warning of ‘ecological Armageddon’ after dramatic plunge in insect numbers  outlines the latest findings that there has been a 75% decline in flying insects over a 25 year period in a region of Germany. Turns out the dramatic decline in flying insects isn’t just bad for the insect repellent industry, low and behold it’s bad for many other life forms, including us humans. Unbeknown to many, “ecological” life includes us, we aren’t outside of our ecology, as its “end times” are ours also.

Each week there is some other finding or research that highlights all this, whether  it’s about the Antarctica ice melt, rapid ocean temperature rise, thawing permafrost or the sixth mass extinction episode we have entered. They could all be tabled under the title “Things are bad, really really really bad:  reason 57”. Yet what happens we have now become almost numb or immune to read “recording breaking”,  “biggest ever” ,“ never seen before” or “ unprecedented”,  to the point is has just becomes the standard lexicon of weather reporting.

A fundamental issue is the corporate media which for most of us the “bad news” that gets communicated to the public, isn’t a neutral conduit of objective information. Rather its part of the corporate and consumer machine that is not allowed to be switched off, slowed down or slightly subdued , even if it means humanity expiration arrives when climate change reaches its “no turning back, we screwed beyond repair” tipping point. So when you read a George Monbiot article in the Guardian about alarming climate change news, you will see on the following page an advertisement for BP or Air New Zealand. The cognitive dissonance is “things are terrible but please carry on shopping”.  We can be mildly concerned but never to the point where we can be compelled to fundamentally question capitalism or our mindless consumption. This is what happens, articles about “ecological Armageddon” just end up being abstract information that run next to stories about Catalonia , Harvey Weinstein and Brexit. There aren’t any obvious and tangible impacts that people feel and experience. We all still go to the supermarket and food is on the shelves. My money is still in my bank account. Clean water still pours from my taps at home. Until these kind of real impacts are felt I think people we just keep on pottering on, myself included.

So I am not a misanthrope and do think there is hope but not based on anything that is in front of us. Sometime hope comes from what we can’t see and just the raw openness of the unknown.  Sadly it shouldn’t have to depend on such wild and improbable unknowns. Most likely the alien cavalry is not coming and we are just going to have to live and suffer the consequence of our collective karma and folly, well our kids will at least. I think to somehow assume we will magically fix the direction we are going is a form of total denial.  Like the person riddled with cancer on their death bed hoping for a drug to cure them that just never arrives. I genuinely don’t think the system that has created this has the ability to fix it.  I do think humanity is in some kind of hospice state being spent watching reruns of X-factor. It’s not as depressing as it sounds, rather it just compels us to just love more deeply and more openly with the awareness that it’s all we have and that is in fact all that matters. It always was and always will be.  Beyond that we just have to wait and see.

One thought on “You know humanity is f***ed when our only hope for survival is if ET returns to earth to save us all.”