Why is Denis Rodman worthy of so much contempt for visiting North Korea but not David Cameron for visiting to Saudi Arabia? 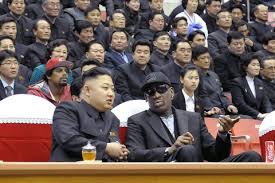 Will be tainted by the tainted

There seems to be an unwritten playbook when it comes to how events and political interactions are discussed within the mainstream media. This is revealed in all its startling hypocrisy and shameless double standards, when a public figure is derided and spoken about with distain, for doing something that “favourable others” do or at times even worse, with no contemptuous comments or scathing criticism to be found.

Here I am talking about Dennis Rodman’s, visit to North Korea and outcry that seems to have accompanied his rendezvous with Dr Evil Kim Jong-un. This is not to say that legitimising his rule by getting chummy is a good thing, rather why is it that the same indignation can’t be mustered when our political leaders meet the same type of repugnant despot?

Can’t be tainted by the untainted

David Cameron visited Saudi Arabia, a “friend” of UK government, for obvious reasons this visit was reported as just being part of a trading and diplomatic mission. The regime in Saudi Arabia is easily comparable to North Korea, maybe not on the scale and maybe not in the cold war baddie, north Korea is portrayed, yet it is no less worthy of our contempt and disgust with its total barbarity. In contrast Rodman’s trip appears to be ego induced courting controversy and  highlighting the phrase that “all publicity is good publicity”. His motives I can’t comment on yet they seem to advance a personal agenda, rather than an economic and political one.

David Cameron on the other hand went to Saudi to actively build and cement a more workable and profitable relationship with this Middle East despot and royal tyrant. Saudi is the UK’s largest trading partner in the Middle East with trade totalling 15bn and is also a major importer of British arms, in 2012 UK approved licenses to the value of £112 million and in the last 4 years the £4bn worth of arms have been sold to King Corrupt of Saudi.

The figures have been released by the watchdog Campaign Against the Arms Trade (CAAT), putting together the information from various sources. Included in the list of items sold is crowd control weaponry and a whole array of sordid means and methods of killing people .

Saudi Arabia has a well documented and long history of human rights abuses and absolutely zero democratic process. In a table of 171 countries Saudi is way down the bottom with comparable bedfellows of Syria, Chad, and Rodmans BFF North Korea. So there is no question that the regime is reprehensible, yet David Cameron, along with many other western democratic leaders visit is reported as a much needed business venture, regardless of the total lack of human rights. In the sober light of the “real world” there will be good and bad regimes and UK’s trade and foreign relations can’t halted every time they deal with government that has less than an impeccable record on democracy and human rights. With this logic in hand and all regimes they deem fit for business and  can be anointed as “friends”.  Yet the hypocrisy of the UK government isn’t what I have noticed, rather is the media enabling and complicitly endorsing of this hypocrisy in its treatment of Rodman that I find challenging. The supposedly liberal newspaper The Guardian  featured an article by Debora Orr  that lampooned and ridiculed Rodman stating

“It’s pathetic. Two needy men are using each other to maintain their own fantasies about themselves. The fantasy of one of them is that he is justified in his role as the “supreme leader” of a military reign of totalitarian fear over nearly 25 million people”

“But there is something creepily similar in the needs of the two men, whose egos must be constantly inflated so that they are able to believe in their own strength and forget their own fragility.

Such harsh, damming and scathing insights into the personality of two people she is profiling. Maybe the basic thrust of it is true. Yet I can’t help feeling that when discussing David Cameron’s visit to meet the King of Saudi, words like “pathetic” and “creepy” would be omitted in favour of a more measured and respectful language. I haven’t been able to find and article by Deborah Orr on Cameron and his relationship with the Saudi despot, so I am may be proved wrong but that would be my guess.

So we see a certain tone and lack of any respect can be unleashed when the recipient is deemed “tainted”. Yet in the cultured and civil discourse of politician wheeling and dealings, there is more respectful  and even handed language when talking about those who are “not tainted”. Yet what makes all of this is more disgusting unlike Rodman’s trip (which in the end is benign) David Cameron’s visit was about strengthening the relationship in order to sell more arms to this oppressiveness and brutal royal family with  deep pockets, to behead, torture and persecute anyone they see fit ( and this is coming from Cameron who supported the invasion of Afghanistan as it would help Afghan women’s rights, go figure!!!)

The UK is giving them the means and consent to crush and obliterate any and all protest. Where was the flame of democracy rising at the height of the Arab spring in Saudi? Somehow it was nowhere to be found, yet I am sure there were reformers and dissidents ready to rise up to try and bring the some fairness and democracy to the country. Yet with UK and US support,  dissent was crushed even before it looked out the window, let alone got out on the streets.

We are told continuously a fair and balanced press is the hallmark of the democratic western media, they are supposed to be non-biased, just reporting the “facts”. Yet it isn’t and it won’t be, as that is not part of the playbook, as that scorn is for the tainted and respectable disagreeing for the non-tainted, whilst all written with an air of pious self-righteousness to boot. Denis Rodman maybe a foolish buffoon, yet that is far less dangerous than a press that neglects to do their job, all the while bellowing for all to hear their sanctimonious judgments.

I love being in this club, we are going to be friends like forever..

Hello? Guys I think you might have forgotten me? Help, i love you guys

The tainted, is man hugged into the club and becomes untainted. Then goes back to being Tainted .He got the umbrella as a gift from Tony, as he felt real bad after the break up. 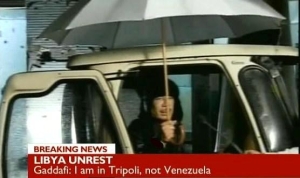 One thought on “Why is Denis Rodman worthy of so much contempt for visiting North Korea but not David Cameron for visiting to Saudi Arabia?”