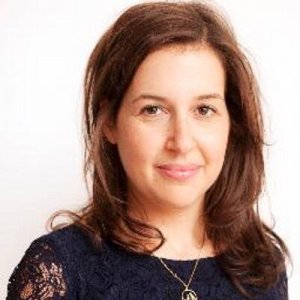 When I wrote the word “predictability” in the title of the previous post, I didn’t know how clairsentient I was really being. The predictability of the “progressive voice” came true almost instantaneously, when the Guardians stalwart of all things enlightened and uber cool Hadley Freeman, joined in with the cool kids  putting down Russell Brand. It seems, there must be a queue of eager journalists and commentators all vying to prove they are “with it”, all putting their hands up saying “my turn, my turn let me say nasty things about Russell”. Hadley Freeman starts off with a title similar to Polly Toynbee making sure all the words “Brand”,” Revolution” and something disparaging are in in the same sentence.

Lucky for the public of Britain we have Hadley to stop us from putting our blind and idiotic faith in the  revolutionary messiah Russell Brand. Of course, all on the assumption that is exactly what people are doing. She starts her article declaring Russells performance

“..betrayed the incoherence of his political views”

Then she leads with metaphors of “The wolf in sheep’s clothing, being revealed by their fruits” This is the kind of harshness should be reserved for people like Henry Kissinger or Tony Blair, men who claimed one thing, but in the reality, they have brought colossal levels of violence and destruction. Why use such damning metaphors for a person who is just expressing an idea of society outside of the current model that we live in? The irony here is if someone pretending to be something and by their fruits they reveal themselves to be something else, it’s Freeman’s nastiness and contempt disguised as progressive liberal journalism. It is Freeman who is the wolf and her writing is the fruit of her wolfish intention.

“..Changed the popular perception of him as an amusing chap who confused a thesaurus with eloquence into the political prophet the country had been waiting for”

This is Hadley’s snarky way of saying “Hey, don’t you remember Russell used big words in the wrong way hahaha”. Then the political prophet she claims the country had been waiting for is just an illusion. No one calls Brand a “political prophet people have been waiting for” except Guardian columnists . Who now appear to have conjured this up in order to bring this so called “prophet” to his knees and have him humbled by the full force of their condescending smugness.

The article continues along lampooning his manner and the way he interacted with BBCs Newsnight host Evans. His ideas and actual points aren’t critically examined as let’s remember this isn’t a genuine analysis, this is an exercise in derision. 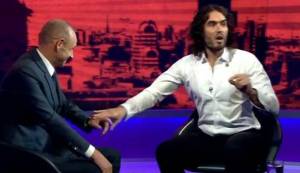 Like a lot of the press after this interview, she highlights his comment about 9/11, a comment that was forced from him reluctantly as I am sure Brand was well aware of the set up in place, which Hadley dutifully follows through on. As now “I don’t trust the government’ has been embellished into “Brand is a 9/11 conspiracy theorist”, which they are fully aware of in liberal press circles is intellectual kamikaze. The deceit and manipulation is just beyond me.

“But all credit to the man for making politics seem sexy to teenagers. What he lacks, though – aside from specifics and an ability to listen to people other than himself – is judgment.”

“Politics sexy to teenagers?” You got to be fucking joking. This is an example of how serious questions and issues get trivialised, not by those who speak them, rather than by an intellectual class of obnoxious tools who see it as their duty to police the little club they belong to.

Then she finishes off with

Well actually Hadley, a woman who really knows how to be a journalist would not “blather” on about something someone hasn’t “blathered on” in the first place. How she inflates a single sentence that is forced out Brand as “blathering” truly is an outstanding demonstration of deliberate ignorance.

So it appears that the political jester they have pigeonholed Brand into, is starting to get too serious and too forthright about the things he passionately believes in. He isn’t humbly and cordially going along with the tone and pace the BBCs Newsnight was trying to create. Again,” How dare he not do what we expect him to do”  or “How dare he did not say the things that we expected him to say”. Like all of the dismissals of Brand, Hadley Freeman offers no actual counter argument and it would surprise me if she has even read Brand’s book that he is promoting. Rather Hadley is gleefully joining the echo chamber that has informally announced that Brands’ time has come. What is worth mentioning as well is that The Guardian editors are happy to let a garbage piece such as this one go to print. A cynic could conclude they are elevating Brand up, so they slowly take him down. Why else under the brand “Guardian” are they allowing such a spiteful succession of articles to go out under their name?  Pathetic is the only word that comes to mind.

UPDATE: .When I reading Freemans article on Brand it somehow reminded me that I read something similar to this before. Ummmmmm now where could that be?

That’s right!!!  Freemans thoughts on Julian Assanage and his devotes ….

“ is by no means limited to deluded wannabe cult leaders with a messiah complex and bad table manners.”

“This is just a little reminder to all of the Assange fans out there (Assolytes? Assheads? “

It seems she really has thing against people with Messiah complexes? I hope mine is harder to detect.  At least her vitriol is consistent, I’ll give her that.

4 thoughts on “The Guardians Hadley Freeman gleefully joins in the attempted intellectual lynching of Russell Brand.”