If you are looking for that feel good story of the month, look no further. Some lovely folks have decided to crowdfund 87,000 Euros to buy a ship to send to the Mediterranean, to ward off those pesky refugees trying to flee death, grinding poverty, and let’s not forget being sold into slavery. For now they have got stuck trying to pass through the Suez canal but it may be a temporary stop to the long-term goal of patrolling the Mediterranean to find unstable boats of men, women, and children to send them back to Africa. All as, as I am sure they intend, they tweet and livestream to try to galvanise all the support they can muster from social media as they rally their army of armchair haters. I mean, why travel all the way to Mediterranean to ensure poor black and brown children can drown, when you can donate to a cause that will do it for you? 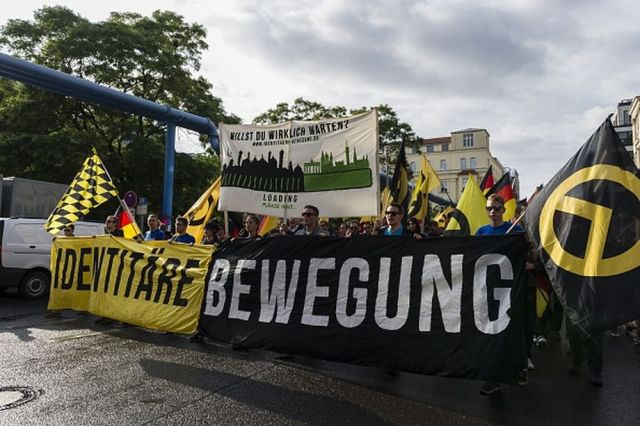 Defend Europe is a group linked to the European anti-Islam and anti-immigrant “identitarian” movement. It is currently sailing its misguided and moronic crew of 25 to the Libyan coast in a bid to block search-and-rescue vessels operated by humanitarian organisations. This seems to pair well with their secondary goal, to ensure any faith people had left in humanity is extinguished rapidly.

These are the new-wave of racists and Islamophobes that originated out of France but are now taking root wherever there are ample levels of disenfranchised white people who feel “their” country is under attack. The reality of its blatant racism is easily unearthed as we observe their anger and hatred is directed to the victims of globalisation, climate change, endless wars and neo-colonialism, not its causes. They are not protesting the G20 or the French arms industry; rather it’s easier to punch down, not up, in particular if you are punching down to people drowning in the sea. The refugee crisis is the direct consequences of ongoing western corporate and state polices and practices that ensure the global south remains poor and ravaged, but we continue to have access to cheap resources and labour. Its poverty is by design, not chance. Whether it’s the Middle-East or Africa, the policy is always along the lines of “at all or any cost, profit first.”

These facts seems to be lost on the advocates of groups like Defend Freedom, who don’t see that it’s not freedom universally they are defending, rather “our” entitlement to keep Europe white (obviously a group called “defend our entitlement” doesn’t have the same ring to it). In their minds, the freedom of the Iraqi people, the Congolese, or Yemenis, is seemingly unrelated to the freedom they claim to be defending. For hundreds of years we felt entitled to invade, colonise and take what we will from the third world. Yet when the blow back of all that destruction, corruption and decimation lands on our borders, in the form of fleeing families, the attitude of “how dare you step foot on our lands” appears. As looked at previously in the article, the claim that they are defending “western values” is just sly code for what’s your is ours but what’s our is ours.

What is saddest about these kinds of developments is it’s easy to forget the refugee crisis isn’t just a term or an abstract phenomena, rather it’s about the real pain and suffering of people desperate to make a better lives for themselves. When hopping on a rickety boat that could mean ghastly death for yourself and children is a better option than staying, then can you imagine how horrifying life has had to become before people take that risk? As people who read this blog more regularly know, my two daughters whom my wife and I adopted in 2008 were themselves rescued in the Mediterranean. They were found face down in the water when they were 6 months and 14 months old. Their birth mother drowned and they were left homeless, stateless and motherless, and placed in an orphanage. They are flesh and blood, they are not refugees, immigrants, asylum-seekers or poor Africans. First and foremost they are two adorable humans. They, like all human beings, are blessed with the abundant capacity for joy, love sadness and hope.

As I think about what makes it so easy for people to dehumanise refugees and emotionally distance themselves, I think about the nature of how this crisis is reported on and seen. Our media creates a digital shield that ends up valuing some lives over others. The 2000 lives lost this year alone crossing the Mediterranean ends up just a cold number. There are no names, stories, or relationships to humanise these very real humans. You wonder if every one of those 2000 peoples’ pictures appeared in every UK newspaper, with their history, hopes and dreams, how different the public would feel. Yet like my children’s birth mother, more often than not we don’t even know their names. They are buried in tides and currents of the sea or unmarked graves like they never even existed. In the public sphere they can’t even be forgotten, as they were never truly remembered.

(The same goes with the nameless people that die in wars we wage. The almost incomprehensible and staggering number of 40,000 civilians that died recently in the fight for Mosul, for example. That is 40,000 living, breathing souls, whose existence and story were snuffed out and remembered only within the numerical total of “40,0000”. If there is any evidence of how bat-shit crazy the world has become, it’s the utter lack of outrage and concern that this scale of loss of human life has invoked.)

So wonder, if the Defend Freedom folk do make it to the Mediterranean and do in fact stop boats full of desperate, men, women and children, will they be able to harden their hearts so much they turn them back to Africa? I am sure some will, maybe most of them. Yet, I would like to believe one or two of them may soften and be touched on some level. To be witness to the humanity of it, to see the sameness of these people. Maybe that’s wishful thinking on my behalf, but I truly hope not.