Who’s dumb idea was it at the FA to use ‘Disney Princesses’ to promote women’s football?

Who’s dumb idea was it at the FA to use ‘Disney Princesses’ to promote women’s football?

When you think of professional skilled female athletes, in particular, UK national women’s football team, what’s the first thing that comes to mind? Now if your first thoughts were strong, determined, courageous and talented, well I am sure what you were reaching for was “Disney Princesses.”  That is right; The UK Football Association had the “ingenious” idea of allowing their UK women national team’s reputation and dignity to be co-opted by the multibillion dollar behemoth Disney Corporation, as a way to cross-sell their Disney princesses brand by pretending to inspire young girls to play football.  Using the hashtag #DreamBigPrincess, the campaign is asking for people to share their “motivational” images of girls.

Of course, Disney “Princes” (you know the ones that grope unconscious princesses) didn’t make the cut to promote the UK men’s national team. As we all know boys do not  need the kind of encouragement that our little princesses do, not with the WAGS and million pound contracts and Nike sponsorships awaiting them. Rather the FA saw it fit to allow Disney to pair their skinny one-dimensional cartoon characters as a way to somehow encourage young girls to take up football.

It is a stretch; they are trying hard to make. As you have to cherry pick certain Princesses (Sleeping Beauty and Snow White do not  seem to get a mention), then cherry pick certain selective parts of the stories and then somehow link that attribute, say of courage, to the courage to play football. Following this logic, you could use “SAW,” “High School Musical” or “Schindler’s List” to also promote women’s football.

One of the players Striker Nikita Parris said: “My favorite Disney princess is Ariel from The Little Mermaid because she was fearless. I was the same when it came to playing football with the boys in my home town. I had to be determined to make it.” Which is all well and good, but if I recall Ariel gave up the gift of her angelic voice to get a chance to smooch a Prince. So if you are a young girl gifted at football, you should give that up if it means you get to snog a guy who is rich? We hear you, Disney, loud and clear, untie those football boots and start batting those doe eyes to the boy you are crushing on.

Of course, Disney draws on a long tradition of hour-glass shaped Princesses who have gone on to play professional women football. Sorry,  I forgot what universe I was inhabiting. Sadly Disney does have a stable brand of “Princesses” but not a stable brand of heroic female peasants, amazing scientists or inspiring political revolutionaries (Saying that Bella did like to read books). It seems  the extent of what they are willing to allow young girls to imagine is being heirs to a feudal hangover that acts as the secret anti-democratic and authoritarian weapon of capitalism, but hey, they look so cute in those dresses!!!!

As the father of two daughters, I see rising female sports stars as “actual” role models, who worked and obtained their status on the merits of their skill and hard work (which then seeing them do the obligatory “bikini calendars” just irks me to the bone but that is another rant). To force them (which I can only assume this was a deal brokered by the FA and Disney, not the team itself) diminishes what they have achieved and pairs their accomplishments with just another pointless branding exercise. 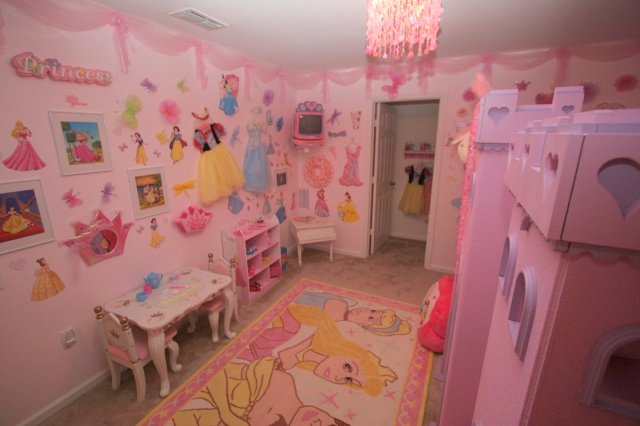 As if the Disney brand had not  already encroached in enough area of my girl’s exposure to popular culture, not even something as straight forward as women’s football is shielded from Disney Princesses (TM). Corporations like Disney cynically use the magic of storytelling as a vehicle to which they just flog more and more of their merchandise. Our daughters lives are colonized by wall to wall Disney Princess garbage, from bed sheets, curtains, lunch boxes or nappies. Which is then leads them into the tween Disney franchises, adolescent Disney franchises, then all the way up into adulthood. It’s a sales funnel that is near impossible to inoculate them from unless you are willing to go off grid.  As their marketing messages are shoved on our daughters via Disney Princesses not to inspire them to greatness, rather just to make active consumers, and that is it, all this is another shameless rationalization to do just that.

Stories like this annoy me not because I hate Disney princesses (which if I am honest I probably do), rather it just loathes how monetized and commercialized everything ends up having to become. It is  cited in easy to palatable language like “sponsored,” “partnered” or “teamed together” yet, in reality, it just about big and powerful corporations having more and more reach into our children’s lives, not for my daughters benefit but for theirs.