Why “Beauty and the Beast” is a disturbing tale of abuse and dysfunctionality disguised as a Disney love story.

De-constructing the myth that a woman can love a man into changing for the better.

It’s that time of the decade when we can get to see another Disney reboot. This time round, it’s Beauty and the Beast, staring celeb feminist Emma Watson. How she will bring her supposed feminist activism to the reboot? I guess we will have to wait and see. In the teaser trailer there is red rose, so maybe there will be some crossover with the Bachelorette. I know being critical of Disney movies sets me up to be the ultimate sour-puss, yet just because a movie has the word “Disney” in front of it doesn’t preclude it from being a terrible story, with an appalling message.

Throughout our culture we unknowingly digest myths that, when followed, have a negative impact on our lives. Myths like “The more money I have, the happier I will be” or “Being desired by men/women will make me feel good about myself” and “Wearing a toupee will get back my dignity as man.” All too often we invest in making this true, only to find out it was an empty promise. One of these myths is conveyed successfully in the Disney movie “Beauty and the Beast.”

In the story, the protagonist, Belle, is kidnapped against her will for something her father did and locked away by a grouchy and hostile beast. He’s unpleasant, angry, controlling and, I would imagine, smelly and ridden with fleas. As the story progresses, Belle learns to love her stinky captor, despite his unapologetic and abusive treatment. Belle gradually sees a softer, more assailable side of him she thinks is worth being loved. In the story, it seems Belle’s only function is to melt his wounded heart (ohh, bless her). Then, over time, with much patience and gentle kindness, she loves the beast enough, and before you can say “billion dollar corporation filling children’s minds with rubbish”, hey, presto! He magically turns into a beautiful prince, with flowing blonde hair and all. The message is…

“If you try hard enough, you can love someone into becoming a better person.” 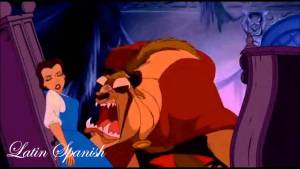 Belle didn’t fold his towels correctly. Being a rage-aholic is ok because deep down, there is prince waiting to come out

Then, if they don’t, it means you didn’t love them enough. I guess “Co-dependent Belle develops Stockholm syndrome for her violent, narcissistic jailer” would have made less of an appealing title for Disney.

Unlike Belle, what most women painfully discover, often after years of giving their whole life to a non-Disneyed relationship, is the aggression, control and intimidation remains. The dream of saving a man from his brooding and troubled soul is just a fantasy, gripped tightly in order to justify subjecting oneself to being treated so badly. What’s worse, in the midst of all of this, the man may have the gall to complain he is only this way because “she isn’t understanding and caring enough.” It’s like someone punching you in the face and you’re expected to feel guilty for hurting their knuckles.

The idea that everyone has goodness deep inside them is true on one level, but if a woman takes on the obligation of bringing that goodness into living reality, she is setting herself up for hurt, abuse and betrayal. She soon finds out that person has no interest in accessing or living from the goodness she sees underneath their badness. This is also way to get an ongoing free pass, because “You know, deep down, I’m really a good guy.”

Stalking someone means you love them. An ongoing message in Hollywood

Buried in the story of beauty and beast is the myth that we can change people if we try hard enough. The sequence in the story is Belle softens first to the Beast, and then the Beast softens to Belle. Love me despite my abusive, aggressive and hostile behaviour, and then I “may” love you back. Yet men’s abusive behaviour towards women is never about how much they are, or are not, loved by them; rather, it was always about something unresolved or dysfunctional in them. It’s not that people don’t change, but the agent that brings change about is some level of self-realisation and the desire to change. Domestic violence doesn’t end just because the woman managed to keep loving them just that “little bit more” -which is the subtle message in this story “don’t give up me even if I am horrible and abusive.” Abuse ends, in most cases, by the abused walking out the door and finishing the relationship or so often more tragically. Domestic violence is at the most extreme end of being abused, yet there are many other dynamics that should be unacceptable, but are somehow twisted in the name of love into being acceptable. 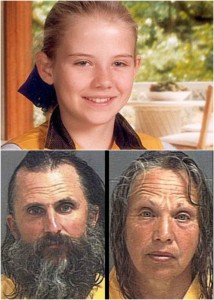 Elizabeth Smart was abducted from her home at knife point by Brian David Mitchell, and his wife Wanda Banzee. After 9 months of being held captive and raped she was eventually discovered and freed. A beauty and the beast story with a different kind of ending.

A woman trying to nurture that kind of supposed “loving heart hidden beneath the hostile actions” requires her to compromise her identity, dignity and self-worth, all to find it’s an elusive love, always just out of reach, and it remains out of reach because a man can’t give what he doesn’t have. We are all worthy of being treated with respect, love and consideration right now, today, not in some distant future, and certainly not on the premise that it will happen when someone eventually sorts out their problems. If for whatever reason a man isn’t able treat a woman with that level of respect and care, it’s not a woman’s problem to resolve her issues to fix his issues. Sadly, the sense of entitlement many men feel to be aggressive and controlling, combined with the cultures unspoken expectation that women need to bear with it, underlines the massive issue in our society of violence against women (which is covered in more detail here). It’s never any woman’s duty to just love a man. A woman’s life and destiny should be in service to being her authentic self, loving herself for who she is and expecting that same love equally back in whatever relationship she is in.

The beast in the story eventually ends up as “not too bad.” He doesn’t do anything overtly loving and caring for Belle; he just isn’t as abusive, violent or hostile as he once was. As if not being a gargantuan arsehole is somehow a really big achievement that’s worthy of being rewarded. Belle sadly sets the bar really low.

In the Disney universe, there is nothing wrong with groping a woman who is unconscious, as long you’re part of the aristocracy. The modern term of this type of kiss is called being “roofied.”

Women have the right to want what they give to be given back, for the love they share to be shared in return. Kissing frogs, transforming a beast into a prince, losing your voice in return for romance, or being in an eternal coma until some creepy guy comes along who’s into groping women when they are unconscious, are all narratives set up for the convenience of men. I mean, seriously, in all these celebrated Disney fairytales, the female protagonist, be it Cinderella, Sleeping Beauty, Snow White, Ariel, etc., all have to go through all these perilous ordeals just to be loved. Just turning up seems the most that is asked of the men in the stories. Having two daughters, I would hope they can write their own story far removed from the douchebags of Disneyland; a narrative that begins and unfolds on the premise that the love they are worthy of receiving and are granted is just by the simple act of being themselves.

2 thoughts on “Why “Beauty and the Beast” is a disturbing tale of abuse and dysfunctionality disguised as a Disney love story.”