The girl who pushed her boyfriend to suicide via text messaging: Having compassion for the so-called “villains” in the stories we consume

The girl who pushed her boyfriend to suicide via text messaging: Having compassion for the so-called “villains” in the stories we consume

There is a story that’s been doing the rounds on social media over the last few months regarding the case of Michelle Carter. Last month, she was charged with manslaughter and subsequently found guilty for encouraging her then-boyfriend, Conrad Roy III, into suicide. The New York Times reported:

For a case that had played out in thousands of text messages, what made Michelle Carter’s behavior a crime, a judge concluded, came in a single phone call. Just as her friend Conrad Roy III stepped out of the truck he had filled with lethal fumes, Ms. Carter told him over the phone to get back in the cab and then listened to him die without trying to help him.

That command, and Ms. Carter’s failure to help, said Judge Lawrence Moniz of Bristol County Juvenile Court, made her guilty of involuntary manslaughter in a case that had consumed New England, left two families destroyed and raised questions about the scope of legal responsibility. Ms. Carter, now 20, is to be sentenced Aug. 3 and faces up to 20 years in prison.

When you read a portion of the transcript of the texts she sent over a period of weeks, on the surface it appears pretty brutal and damning — she is actively encouraging him to kill himself, and even scolds him when he appears to be backing out. When I first read the story and the transcripts that the prosecution released, it was hard not to come to the same conclusion that most people reading it did: “What a nasty piece of work.” She is the archetypal female villain: cunning, cold, manipulative, and heartless. Willing and able to push someone into their own death, just so people can feel sorry for her? I mean, what’s there not to detest?

So there I was, indulging in my severe judgments of Michelle Carter. Oddly, in the back of my mind I had a thought — what must have happened to her? What makes someone do that? Of course I didn’t delve any further, content with unquestioningly taking the narrative at face value as it had been presented to me. Then, a few weeks later, I came across an article by Dr Peter Breggin who worked on behalf of the defense, representing Michelle Carter. His interpretation of the events gave a very different perspective than the one that was being pushed out by the media and amplified by an immediate and predictable response. As he described being interviewed for the TV news in his article on the case:

The coverage shifted to an incident outside the courthouse. As Michelle passed through the crowd looking fearful and frail, someone shouted at her, “Kill yourself!” The channel replayed it to make sure we all heard the words. For the TV producers and commentators, it was great theater.

I felt immersed in an alternative reality dominated by anger, revenge, and hatred toward Michelle, playing out for millions watching Headline News (HLN), owned by CNN. This condemnation, sometimes subtle and sometimes not, was being directed at Michelle by most of the TV network’s commentators; by the bystanders selected for filming; by interviews with the deceased young man’s enraged family members; by the fuming prosecuting attorneys selected for the show; and even by some of the mental health “experts.”

After spending a day listening to HLN’s media coverage—with a few breaks to look at CNN, the Fox News Channel, and other media—I began to realize that TV coverage of Michelle’s story and legal case was one more media diversion to keep Americans from focusing on what really troubles our country and the world today. In this instance, the story to avoid at all costs was the epidemic drugging of our children and youth, and how we have handed them over to the drug companies and their medical minions. Instead, hate and blame the victim, and distract us from the stranglehold that the Pharmaceutical Empire has upon psychiatry, medicine, insurance companies, the media, the Congress, the educational system and virtually our entire culture. 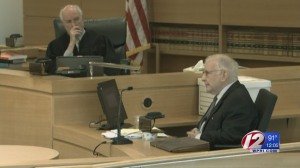 In Dr Breggin’s view, Michelle Carter was also a victim. He claimed that antidepressants, like Prozac and Celexa, had a debilitating and intoxicating effect on Michelle, greatly contributing to her state of mind and the actions that lead up to Conrad Roy III’s suicide. Now I am not here to argue in favour of the veracity of Dr Breggin’s claims (although there is a lot of research and legal ruling that point to its truth) rather how easily it is to judge “villains” in stories without really asking more complex and messy questions about how people end up to doing bad things to others. Michelle Carter’s case, whether or not you believe Dr Breggin’s take on it, shows that people’s motives, character and actions are never as simple as they appear.

Versions of “The villainy of Michelle Carter” stories are running as a constant part of the 24hrs news stream. Violent crime gets reported, the criminal gets caught, their mugshot is taken, righteous justice gets delivered and we all sleep well at night — rinse and repeat. However, there is huge body of evidence that shows that perpetrators of violent crimes have often been victims of violence or exposed to violence themselves. Yet in the simplistic narratives we are served, that wider context is never reported. Understanding violence and crime in the context of wider social issues like poverty, injustice, addiction, intergenerational family dysfunction, etc. don’t fit into the tidy sound-bites we have become accustomed to digesting. A study, published by researchers at Wake Forest University Baptist Medical Center and included the Journal of Pediatrics, concluded that there is a strong association between exposure to violence and the use of violence by young adolescents, illustrating that violence is a learned behaviour.

“Children learn violent behaviors in primary social groups, such as the family and peer groups, as well as observe it in their neighborhoods and in the community at large,” DuRant added. “These behaviors are reinforced by what children and adolescents see on television, on the internet and in video games and movies, observe in music videos and hear in their music.

“When children are disciplined with severe corporal punishment or verbal abuse or when they are physically or sexually abused, it is not surprising that they behave aggressively or violently toward others.”

To sell stories, make movies, to get us to watch the news, reality is dumbed down into plots that allow us, the viewers, to detach and judge events in binary terms of good and bad people, villains and victims. However, our personal experiences often don’t reflect that cut-and-dry delineation of good and bad people. My own father was a grade-A asshole, as he was frequently violent, cruel, narcissistic and self-centred. Nevertheless, he also could be caring, good humoured and insightful. As expedient as it may be to try dump him in the “bad person” category, it’s not an honest definition of the complexity of how human relationships are experienced.

So, when looking at people that we despise and loath, I think it’s worthwhile to try to remember that they too were once little babies, innocent and open like all of us were, and somewhere, somehow something went wrong. This isn’t to excuse, condone or take away responsibility from child rapists or serial killers, it just means viewing things from a wider and more understanding perspective. Nothing happens in a vacuum and this includes all the cruelty and horror we see throughout human history until present day. It’s very easy to see the humanity of victims but it’s a lot hard to see the humanity of the villains but just as necessary, maybe even more so.

In His Holiness the Dalai Lama’s book “How to Expand Love: Widening the Circle of Loving Relationships” the introduction meditation involves imagining that at some point in time, over millions of life times, we all were the mother to every sentient being that ever existed. It asks us to feel that unconditional, motherly love for everyone that has ever existed. It invokes a very peaceful and serene feeling, to feel that kind of love for everyone, good or bad, villain or victim, murdered or murderer. And resonating in that feeling, even briefly, takes you out of that hostile world of separation, conflict and survival. I think that if we love without fear or boundaries we connect with the better and more noble parts of who we are and who we can be. The challenge, I guess, is remembering that on the day-to-day level. To resist buying into the Schadenfreude we are encouraged to feel, we look down at those “baddies” as a way of making our egos feel bigger. Instead, we should stay connected to that “universal mother” in us all, so that when reading about likes of Michelle Carter and Conrad Roy III we respond with compassion not judgment, love not hatred. If the world needs anything right now, it’s less derision and more compassion — not for the ones that deserve it, but for the ones that don’t.